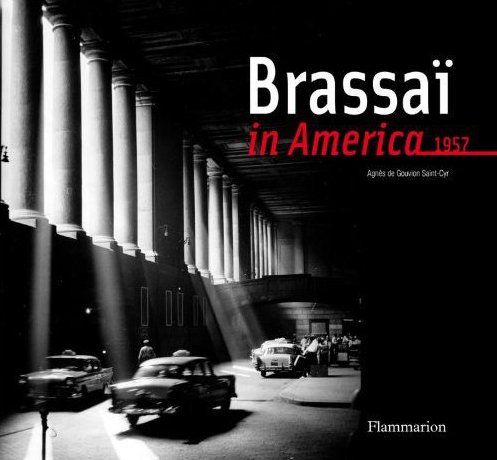 Despite strong personal and professional ties in the US-Henry Miller, Harper's Bazaar's Carmel Snow, and Edward Steichen, who featured Brassaï's work in many MoMA exhibitions-Brassaï remained reticent about travel to the US until 1957 when Holiday magazine offered generous compensation (and artistic freedom) to photograph New York and Louisiana.
From the first symbolic image of this voyage-the statue of Liberty appearing over the ship's prow-Brassaï came under the spell of America and his photographs innately captured his new perspective. In New York, he was captivated by the graphic skyscrapers and the rhythmic to-ing and fro-ing of the crowds. Unlike his static photographs of Paris-posing prostitutes, embracing lovers, sleeping street people-here he captured sequences of movement-children playing, fashionable women parading by, or the effects of light filtering through the urban architecture.
In Louisiana, he continued to photograph more languorous sequences, but here he reveled in color-the copper skin of sunbathers, the pastel tones of prom dresses, the vibrant neon of amusement park attractions. The New Orleans music halls, nightlife, women, and exotic vegetation recall scenes from 1930s Paris.
This exuberant study of 1950s America offers the reader unprecedented access to Brassaï's work including previously unpublished color photography.