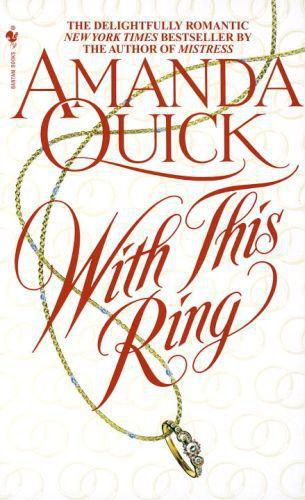 Leo Drake, the "Mad Monk of Monkcrest," is notoriously eccentric and unquestionably reclusive.  But he is also a noted antiquities expert, which is why Beatrice Poole has demanded his reluctant assistance.The freethinking authoress of "horrid novels," Beatrice is searching for the Forbidden Rings of Aphrodite, a mythic treasure she suspects played a role in her uncle's death.  Beatrice finds Leo every bit as fascinating as one of the heroes in her novelsand she's convinced he's the only one who can help her.  But after only five minutes in her company, Leo is sure he's never met a woman more infuriating...and more likely to rescue him from boredom.Yet the alliance may well prove to be the biggest mistake of their lives.  For a villain lurks in London, waiting for the pair to unearth the Forbidden Ringsknowing that when they do, that day will be their last....From the Paperback edition.